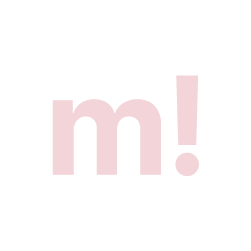 Menu
GET THE APP

How SDG 5; gender equality is applied in a company like Bumble

Whether you have been using it to find the true love of your life or just as a hot-or-not game, many people nowadays use dating apps to meet new people. ❤️🔥🚫 However, dating apps are often also associated with catfishes, bad pick-up lines, and even gender inequality. 🥴 If you are trying to avoid the last aspect, then maybe Bumble would be an option for you. 👊 And even if you are not looking to meet people, Bumble might be a buzzing investment option to look into. 📈

Okay… but what exactly is Bumble? 🐝

Bumble is a dating app where only women can make the first move and start a conversation with male matches within the first 24 hours from the match. 🙋‍♀️1️⃣ It was founded by Whitney Wolfe Herd, a former employee and co-founder of Tinder, who wanted to prioritize women’s needs after a sexual harassment case. 🤯🙅 In this way, Bumble is committed to gender equality.

If you have been single during the pandemic, you might have realized that it forced many people to use online platforms to meet new people and possibly find a fling. 😏 With more than 12.3 million monthly active users worldwide and 700 employees in three continents, Bumble has a market share of 19% among US dating apps in 2020, making it the second-largest dating app after Tinder. 🌎😮 People usually associate it with dating, however, Bumble also offers options for finding friends and job networking – all accessible from the same account.

Overall, the app design and features are intended for users to create detailed profiles, since the more detailed information users share, the more likely the algorithm will match users successfully.  💑

The company makes its revenue with Premium features. 💸🤑 With a similar model to rival apps, users join and use the core functions for free but can pay for additional perks and features. The bulk of the company’s revenue comes from in-app purchases and different subscription offerings which e.g. make the profile more prominent and therefore can lead to more matches. 🔥☑️

Now, you might have been asking yourself what a dating app like Bumble has to do with SDGs? 🤔 Well, they focus on contributing to SDG 5: Gender Equality! 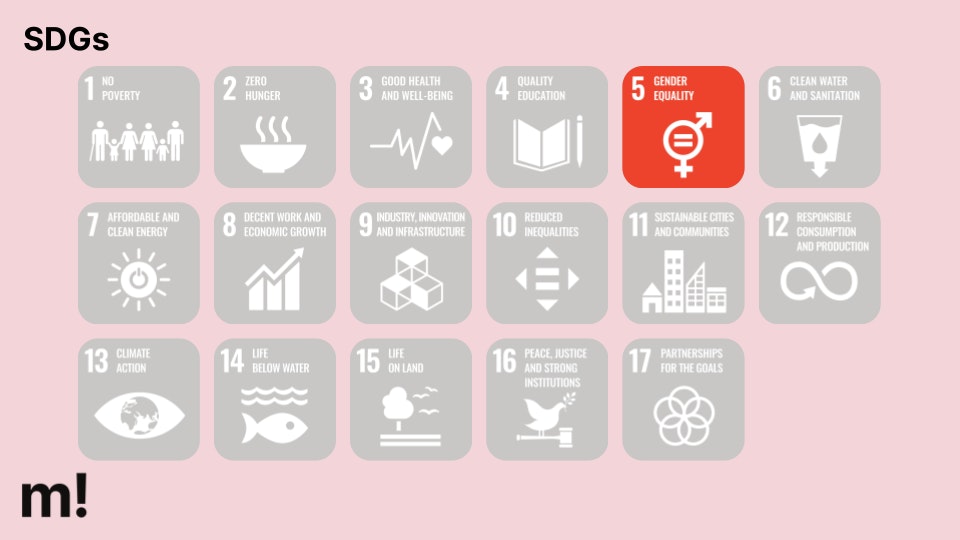 In many cultures worldwide, it is still expected of the man to make the first move. But as we all know, this can be just as disappointing for both parties. 😐🙄 Bumble flips this norm around by making “woman-first” the new normal. 🤩👩 We might wonder: Is this approach effective to achieve more balanced dating dynamics in men and women relationships? 🤨

Well, if Bumble’ mission is to empower women’s awareness by starting-up conversations with partners who they believe live up to their ambitions as well as protecting them from potential harassment, men should also benefit from this as they would be saved from catchy pickup lines and desperate attempts to demonstrate true interests when starting a conversation. 🗣📲

Wait! – How does Bumble deal with gender fluidity? 🧑

On Bumble you are allowed to select among more than 50 gender-identity options as well as to which sex(es) to be visible. Users can also “suggest another option”. 😍 Matches of the same gender can both be first-movers. 😎 It is less clear how it works for non-binary individuals and who can be first-movers. Although the concept behind Bumble does not make it the most effective platform for the LGBTQ community, the Gender Identity Option is a significant feature of inclusivity.  🥳🏳️‍🌈

Did you know that women are about twice as likely as their male counterparts to be victims of some form of sexual harassment? 😢 Of 224 dating app users, 84% claimed to have experienced assault or harassment after using a dating app or have been matched with a sex offender/inappropriate person, according to an investigation by ProPublica, while one third has reported a sexual assault to a platform and almost half of those users have never heard back! 🤬

After reported cases of sexual harassment and verbal violence among users, Bumble has decided to partner up with Bloom – a survivor-led nonprofit that creates resources to support the healing of survivors of gender-based violence – and offer up to six therapy sessions, access to a library of resources by trauma-focused therapists as well as one-to-one chat support. 😇👍 One could cynically argue the action being simply a marketing strategy move and that Bumble creators could come up with better technology that attempts to prevent harassment from happening at all. 😬 However, it is remarkable that no other competitor has taken action to provide psychological support to the victims yet. ☝️ If not enough is done to prevent the phenomenon of sexual harassment, the firms’ reputation might suffer as victims might delete their accounts permanently.

Very little can be found about sustainability efforts and hopefully, more will be disclosed by the end-of-the-year annual report. Nonetheless, a Code of Conduct with values and principles for doing business with integrity is already in place. 📚

The company is already outsourcing most of its data and cloud provision services to companies prioritizing renewable energy, including wind and solar power. Bumble pledges to achieve carbon neutrality by 2025. 💨☀️ They do so with partnerships with organizations committed to fighting climate change like the nonprofit Amazon Watch. 🤝

In the Code of Conduct, the refusal of “human trafficking, slavery, child labor, etc.” as well as “providing proper working conditions, hours, and compensation to all Bumble employees” are mentioned. Employees can visit an intranet policy page where there is a contact person for help in case of violations or abuses. 📑

The app matching algorithm exploits users’ data analytics to create successful matches. 🤖 Therefore, earning and keeping the users’ trust and stakeholders is essential for maintaining its reputation and sustaining growth. 📈💸 Cookies are used for different purposes: For example, basic/mandatory ones ensure smooth functionality of the app while analytical cookies store insights are used to improve Bumble’s business strategy – e.g. the one that tracks ad campaigns used on the site.

If Bumble tries to overturn the standards of patriarchal dating dynamics, this is also coherent with the composition of its Board. Out of 11 Directors, only 3 are male members. 💪 Three is also the number of independent directors – i.e. all the members of the Audit & Risk Committee. 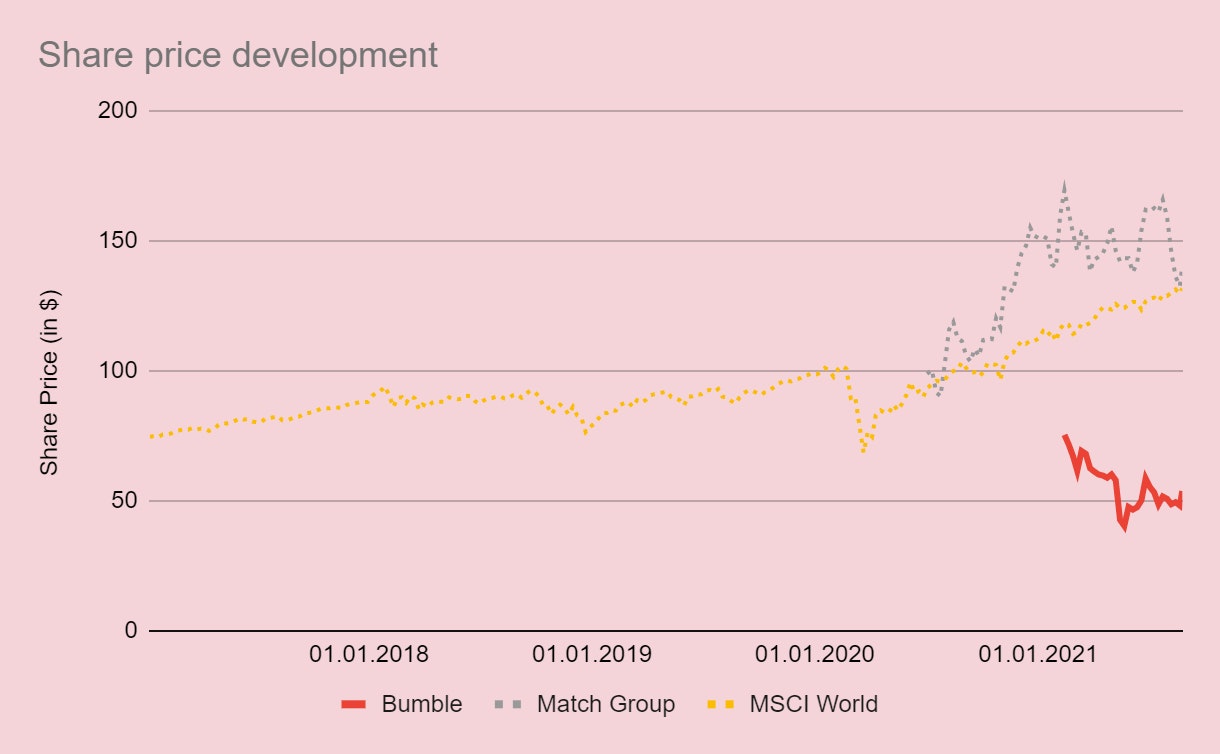 Bumble Inc. is the parent company of both the Bumble and the Badoo app. 👩‍👧‍👦 The latter accounted for 38% of Bumble Group´s total revenues, while the rest came from Bumble’s App in 2020. The group only went public in February 2021. 👩‍💻 As only a few months have passed since the IPO, the stock price trend tells us very little and seems to hover around its average of $50. ⚖️ 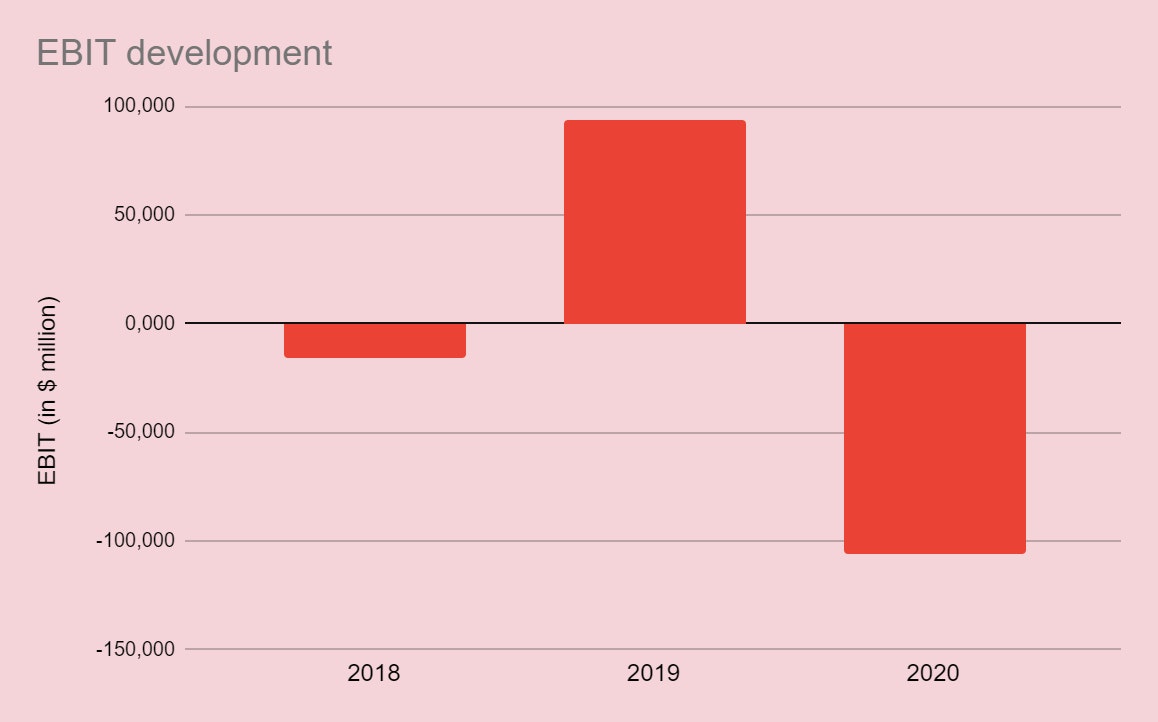 The company had a negative EBIT (loss) of $105.76 million in 2020. ⬇️🙃 This equals a year-to-year decrease of 53% despite a growth in total revenues of 11% to the previous year. 🧐 Even though the introduction of new premium features and a new pricing strategy including different pricing tiers have driven revenue growth, the loss can be explained by a significant acquisition and due-diligence costs due to the acquisition of Worldwide Vision Limited, owner of several dating apps. ☝️ The main reason for the acquisition is the company’s attempt to fight competition by buying and shutting down competitors while using data insights to strengthen its own apps Bumble and Badoo. 🤺

Furthermore, in 2020 and Q1-Q2 2021 the expansion into new geographies entailed higher costs relating to marketing efforts and features development. 🌍📈 These investments are expected to continue for the rest of 2021.

The P/E multiple for Bumble is extremely high compared to Match Group and combined with Bumble’s EPS of $0.11 versus Match Group’s $1.93, reflects Bumble being a young company in which investors see very high growth potential. 😎👏 Investors are willing to pay a price equivalent to 465x its current earnings. 😲 We compare Bumble to the Match Group, its main competitor and the company behind popular dating apps like Tinder, Hinge, and others. The Match Group, on the other hand, is more mature, listed since 2015, and trades at 73x multiples. 👀 But a significant difference is Bumble’s profit margin, which is almost double to Match Group’s profit margin and implies that operations and resources are spent much more efficiently and that costs are well-minimized. 😍 Overall, one needs to be aware that the Dating App industry is very easy-to-enter and highly competitive. 🤕

While empowering women is embroidered into Bumble’s mission and set-up, it is questionable if this can effectively lead to more equal outcomes in heterosexual relationships. 😬 The company’s actions seem to live up to the values of integrity and respect that it aims to promote through its platforms and services – focusing on the support of women victims of sexual harassment and committing to achieving carbon neutrality by 2025. 👍❤️ Financially, the company has not reached maturity yet. Despite its sustained revenue growth and focus on expanding heavily, Bumble belongs to the Dating Apps Industry with many players and whose competitive landscape is hard to predict. 📊

Who knows what the Dating App industry will look like 10 years from now? 🤷 We will support Bumble’s effort and swipe right on this investment. 👉 Of course, don’t forget to do your own research and build your own opinion. Be the movement – make!mpact! 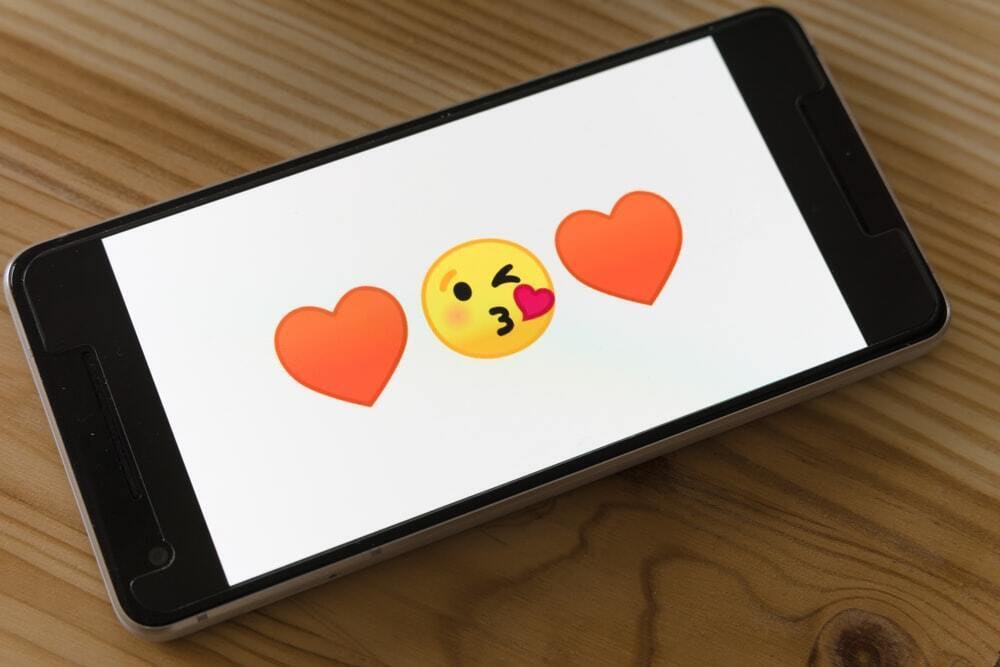 We are not financial advisors, and we do not claim any responsibility for the financial choices you may make on the basis of what you read in this blog. The content of the blog is of an informative nature and has an educational purpose. It is not to be regarded as either investment advice or recommendations, nor do we relate to the reader’s private, financial situation. Any use of information is at your own risk. We encourage you to seek financial guidance if you do not understand the risks in the area. We are not responsible for any choices you may make, based on what you read on the m!Club or from our company page on LinkedIn — MakeImpact.

Cryptocurrency and the environment 🌿

Why is cryptocurrency bad for the environment?🪴 You might have heard lots of people talk about Crypto. 📰 If the first thought …

How to start with investing as a beginner? Your 20s are the best time to start investing. 🎉 Maybe you think you …

GET THE APP TODAY 🔥 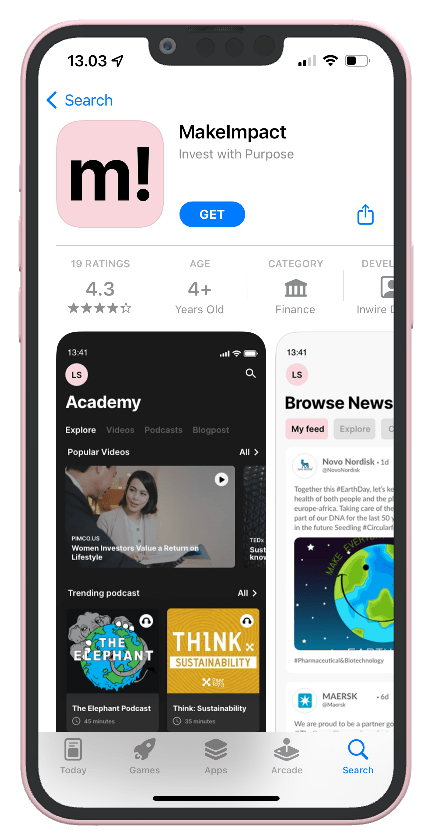